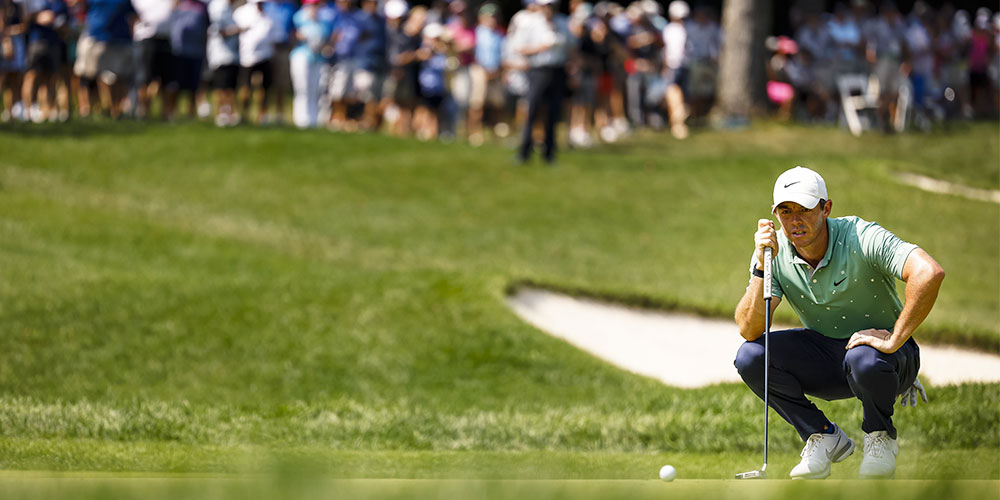 It was an incredible 2020-2021 PGA Tour season capped off by 6 major tournaments, the fields on average were stronger than in past years as players loaded up their schedules more than usual with the threat of COVID-19 always looming and threatening to shut down play at any given time, we saw a bunch of first-time champs, the young stars showed us what we have to look forward to in the future, and Patrick Cantlay ended up winning the FedEx Cup for the first time thanks to four wins including the final two playoff events.

Today we will take a look into what the 2021-2022 PGA Tour season holds for us rabid golf fanatics, and the swing season gets underway on September 16th, so get ready for more fantasy golf and tournament action very soon.

Interesting tournaments on the schedule

Are you obsessed with fantasy sports? Great! Then be sure to check out fantastic tools and player analytics for your favorite sports leagues.

Intriguing storylines heading into the 2021-2022 season

4 stand out players who lost their PGA Tour membership cards

The 2021-2022 PGA Tour season is just around the corner and I couldn’t be more excited about it from a viewership, fantasy, and betting perspective. Almost every other sporting league takes a few months off between seasons, but the PGA Tour pretty much plays around each calendar year now which is amazing for the players and the fans. Be sure to watch out for my DFS golf and betting articles starting next week, and thanks for reading!

We’ll never share your email address and you can opt out at any time, we promise.

Southwest Louisiana Open The Victoria Open is the longest running event of the APT. 2016 will be the 21st year of the event. Past Champions include Web.com winner Jarod Turner and Web.com member Garrett Driver. Featured Event: For 12 yrs, Houma and Ellendale CC have welcomed the Adams Pro Tour. Past champions include 2x Masters […]

BOSTON — Boston Celtics coach Ime Udoka said Friday night that he hasn’t talked to center Enes Kanter about the player’s criticism of the Chinese government that led to the team’s games being pulled off television there. “We know it’s out there,” Udoka said before the team’s home opener against the Toronto Raptors. “He is very passionate […]