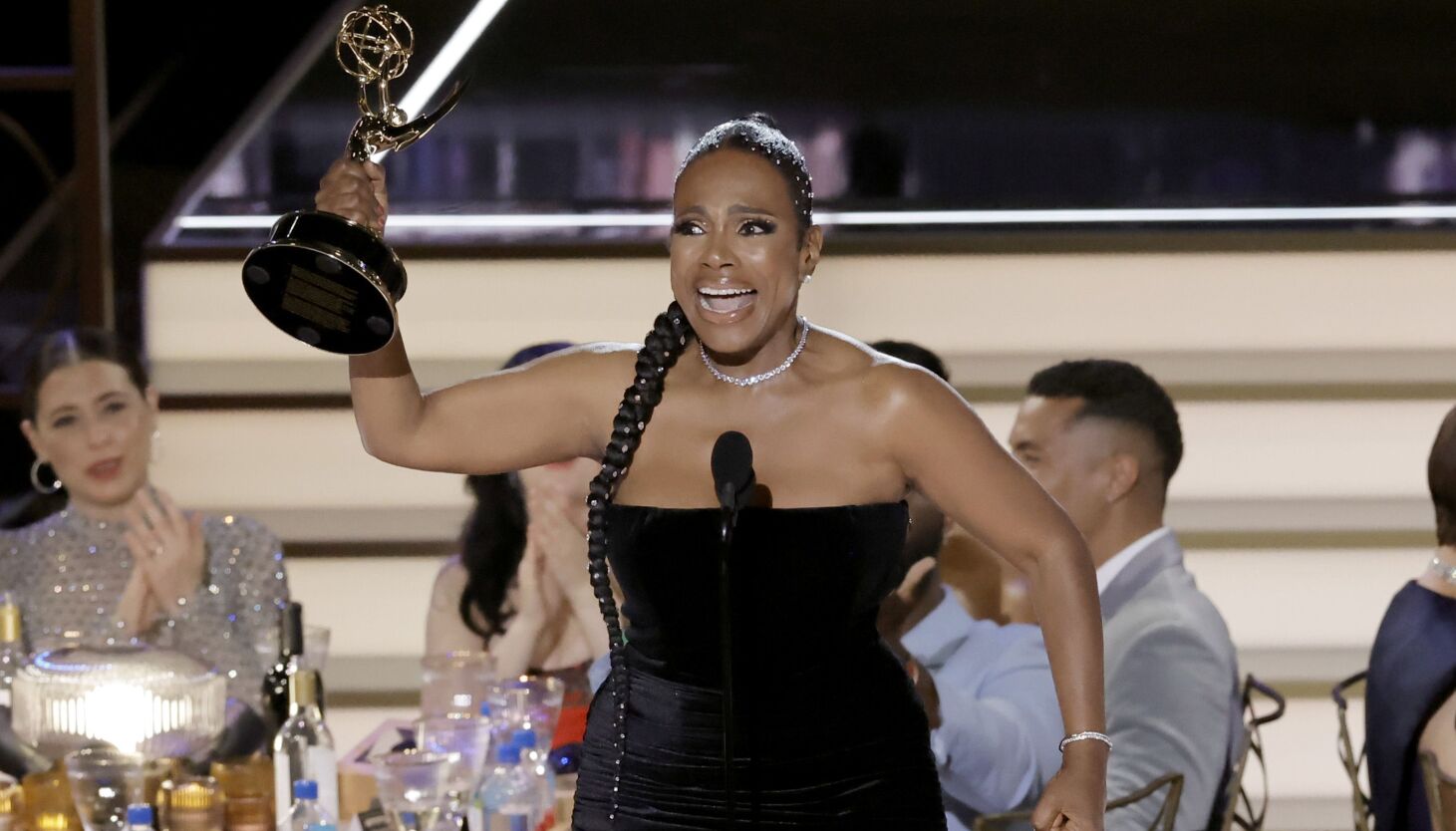 LOS ANGELES — The HBO drama “Succession” and comedy “Ted Lasso” took top honors at the Emmy Awards in a ceremony that spread its awards between repeat winners and also honored several first-timers.

“Thanks for making such a safe space to make this very difficult show,” said Zendaya, a two-time winner for “Euphoria,” the drama series about teens and their tough coming-of-age.

“Thanks to the people who watch this show and dig it as much as we dig making it,” said the former Chicago improv performer.

Ralph stopped theEmmy Awardsshow by accepting the best supporting actress comedy award for “Abbott Elementary” with a brief but rousing song of affirmation.

“I am an endangered species, but I sing no victim song. I am a woman, I am an artist and I know where my voice belongs,” she belted out. She then encouraged anyone doubting their dream, “I am here to tell you this is what believing looks like.”

The audience, including Lizzo and many of television’s biggest stars, leapt to their feet to cheer on Ralph.

When Lizzo herself accepted the award for best-competition series trophy for “Lizzo’s Watch Out for the Big Grrrls,” she offered another emotional pep talk.

“When I was a little girl, all I wanted to see was me in the media. Someone fat like me, Black like me, beautiful like me,” the music artist said.

“It’s such a a pleasure and privilege for me to play this bonkers gift of a role in this wonderful show,” Macfadyen said in accepting the trophy for his role as a scheming member of a media empire family.

Garner wasamong the winnerswho covered all bases by thanking her husband and others in an on-screen message.

Host Kenan Thompsonkicked off the Emmys with a tribute to TV, dismissing TikTok as “tiny vertical television,” and a musical number saluting series’ theme songs from “Friends” to “The Brady Bunch” to “Game of Thrones.”

Once the music stopped, Thompson provided a mic drop moment — announcing Oprah Winfrey as the first presenter. Winfrey strutted onto the stage holding an Emmy statuette, declaring the night “a party!” The night’s first award went to Michael Keaton for his role in “Dopesick.” Winfrey and Keaton hugged before she handed him his trophy.

“It means something,” Keaton said of the award for playing a caring doctor ensnared with his patients by addiction. He went on to recall the “magic” of being introduced to TV when his dad won a set at a raffle and thanked his parents for not mocking his youthful attempts at acting.

Amanda Seyfried earned the limited-series lead actress trophy for “The Dropout,” in which she played ill-fated Silicon Valley whiz kid Elizabeth Holmes. She thanked a list of family and colleagues and even her dog, Finn.

Murray Bartlett won the best supporting actor award for limited series of “The White Lotus,” a tragicomedy set in a Hawaii resort. Jennifer Coolidge, who won best supporting actress honors for the show, delighted the audience by shimmying to the music intended to cut off her acceptance speech.

“Good night, everybody. I’ma go home. I’m not like a sore winner, but I’m going to go home because I can’t top this right now,” an overcome Carmichael told the audience.

The Emmys aired live on NBC and streamed on Peacock.

The film hits theaters next month. Image via Universal An explosive new trailer has just been released for Ambulance, the newest film from director-producer Michael Bay, giving us a look into the upcoming thriller, which is set to be released on April 8, 2022. Like many Michael Bay vehicles, Ambulance is a thriller that serves […]

Vax the kids? A bitter dispute for separated couples

A child receives a dose of Pfizer’s Covid-19 vaccine at an event launching school vaccinations in Los Angeles, California on November 5, 2021. AFP PHOTO CHICAGO: Michael Thompson, a 47-year-old executive recruiter from Illinois, expects his former wife to take him to court over vaccinating their two children against Covid-19. He doesn’t trust the vaccine […]