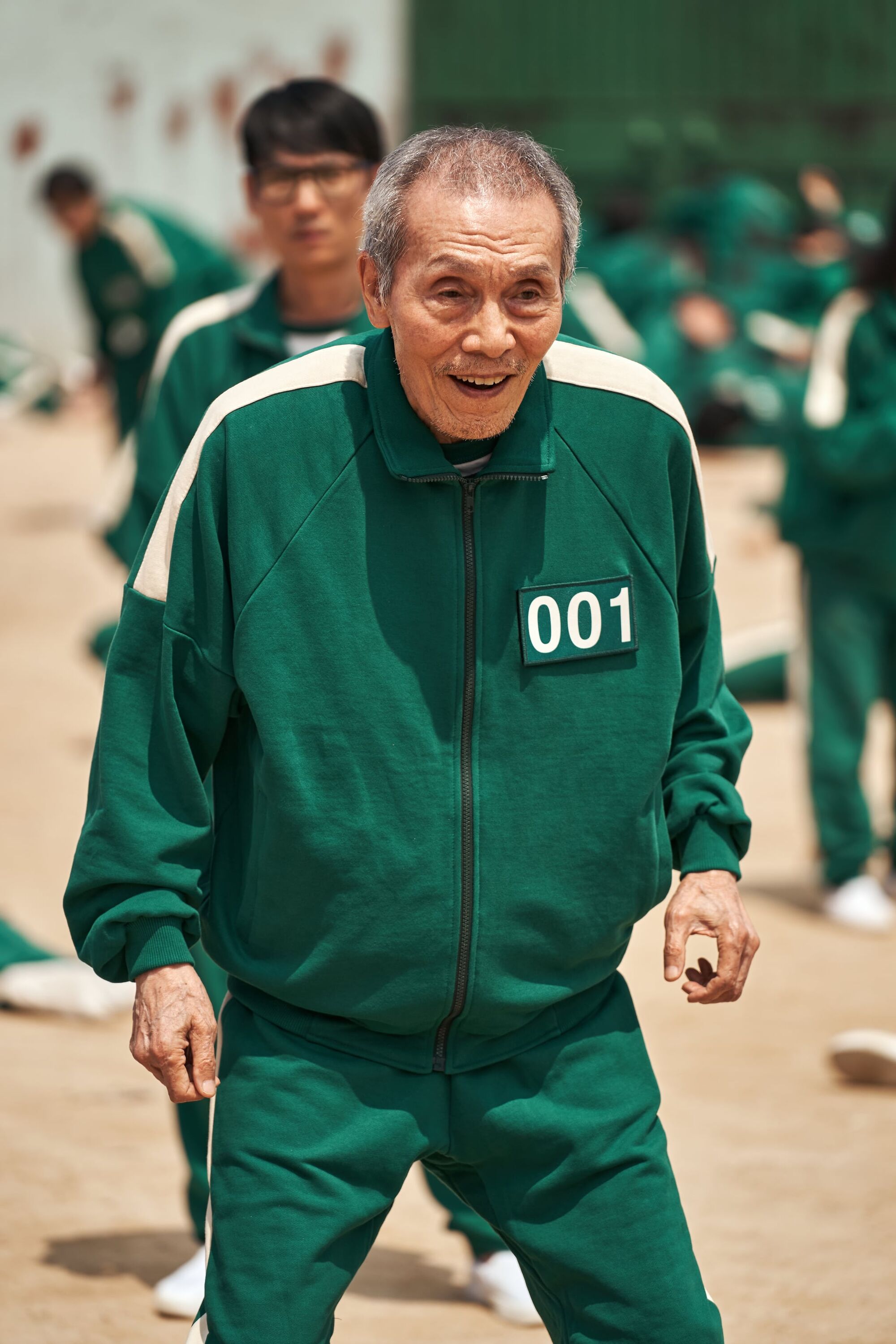 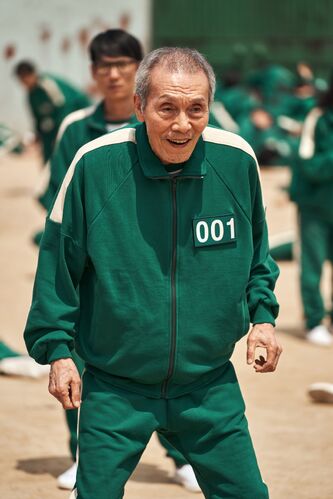 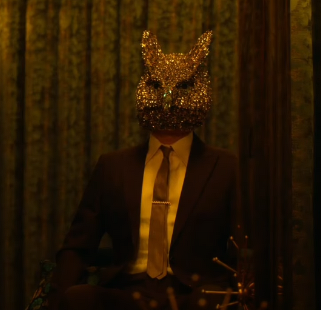 Player of the 33rd Squid Game

Feel the fun and thrill of life again (succeeded).

Oh Il-nam (In Korean: 오일남), also referred to as The Host or Player 001, is the main antagonist of the first season of the South Korean Netflix drama Squid Game.

He was portrayed by Oh Young-Su. In the English dub, he was voiced by Hideo Kimura.

Although he is a cold-blooded host of many death games, he was always looking for new fun, and for this reason, the last death game he made while he was at the end of his life, the Squid Game, was so much fun to watch that he even participated in it himself.

On his death bed, he explained to Gi-hun that being as wealthy as he was made him desensitized to everything since he never had to struggle or work for anything. However, he seems to have a genuine fondness for Gi-hun, helping him during the game as much as he can and even allowing Gi-hun to defeat him rather than continuing on to the end without any ulterior motive.

During their friendship, he was also honest for the most part about himself, telling Gi-hun the truth about his past and even his name, only hiding his true role in the games from him. This suggests that Il-Nam truly did see Gi-hun as his friend, possibly the first real one that he’d had in a very long time since the last time that Ill Nam is known to have friends was when he was a kid and would play the games that he loved so much with them. He is also implied to hold love for his family and allowed the players to go home by casting the deciding vote, showing an honorable side.

He also sees humans as despicable and selfish creatures at its core as shown when he points all the treachery and selfishness exhibited by the players during the duration of the Squid Games to survive and win the grand prize. He goes as far as to challenge Gi-hun in a gamble on his death bed to see whether or not bystanders would save a homeless man or not to prove his point.

Oh Il-nam is an incredibly wealthy financial tycoon who is bored with wealth as he has everything in the world to the point that life gives him no more joy. To cure his boredom, he and others wealthy individuals who mostly are his clients in his financial corporation, created the Squid Game based off of games he played in his childhood when he was young and watched his own children play.

Ever since the game began in 1988, it has sprouted out in many version in many different countries where the rich elites can pour money to watch the death games full of desperate people trying to compete to the death to rid themselves of financial ruin for their sick entertainment and gambling. Il-nam rationalized this by believing that he was offering some fun in poor people’s lives, believing that they suffered as much as wealthy people in terms of lacking purpose.

Eventually, Il-nam suffers from brain cancer and decides to participate in the latest Squid Game for his own entertainment and in his own twisted desire to be like a kid again.

When he first met Seong Gi-hun as participation number 1 among four hundred and fifty-six participants, he mentioned that he had a tumor in his brain, so it can be seen that he is living a limited life due to a brain tumor. In the first game, Red Light, Green Light, when two hundred people were slaughtered and everyone in the crowd was in a panic and couldn’t even say a word, he unintentionally led the crowd by showing himself brightly leading the game according to the rules of the game. Follow him and start moving to survive.

He was unintentionally in charge of the last one vote because the game replay voting was conducted in reverse order of number, and the previous two hundred votes were split evenly, so he exercised a very important vote. He picks “X” and opposes it by a majority, so the game is stopped, and after that, he goes back to his daily life, but after realizing that “the reality is even more hell”, he changes his position and decides to participate in the game again and rejoins the game. After rejoining the game, he picked a star shape, one of the difficult shapes in the dalgona lottery game, and managed to remove the shape with a troubled expression. After two minutes, so he realized Gi-hun was licking at the back of the shape to easily remove it and pass the round.

In the Marble game, he seemingly sacrificed himself by giving Gi-hun all his marbles to allow him win because he was his trusted friend, so Gi-hun can progress in the next round.

After Gi-hun wins the game and billions of won, he is miserable as he lost his mother who died from her diabetes and lost custody of his daughter as he was too late to win the money to pay for his mother’s surgery and prove his financial stability to the court to keep his daughter. The winning money has become worthless to him as he lost everyone he cares for and he barely touches it after a year of winning the games, beside using it to pay back the loan sharks he owes the money to. While drowning his sorrow in a river with alcohol, he receives an invitation from a seemingly dead Il-nam to come a building complex.

On his death bed, Il-nam reveals everything from the nature of the game to his role in creating it much to Gi-hun’s rage as Il-nam treats people life like playthings for him and his rich elite. Il-nam then challenges Gi-hun in a final gamble that if a homeless man outside does not receive any help from the bystanders, it will prove his point as human are inherently selfish creatures and he will take all Gi-hun’s winning money. However, if the homeless man gets help, Gi-hun will be allowed to kill him in any ways he likes for revenge. Eventually, the homeless man receives help and Gi-hun wins the bet. However, after Gi-hun expresses his smugness at proving Il-nam wrong about human nature, he realizes the old man finally passes away from his brain cancer, though probably not before he witnessed his loss. Later, after Gi-hun leaves, the Front Man goes to his apartment to pay his respects.

Hideki Matsuyama of Japan celebrates during the Green Jacket Ceremony after winning the Masters at Augusta National Golf Club in Augusta, Georgia on April 11, 2021. [Photo/Agencies] From pro ranks to kids, Hideki’s heroics a major boost for continent Hideki Matsuyama’s historic triumph in becoming the first Japanese winner at the Masters looks set to spark […]

After Byeong-Hun An explicitly complained about his frequent early tee time placements, the PGA Tour heard him loud and clear.  An is listed to launch off the Rocket Mortgage Classic at Detroit Golf Club on Thursday with a 6:45 a.m. tee time. However, with that being the fourth time in the last eight tournaments that he’s had to […]